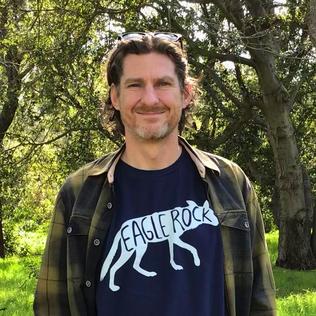 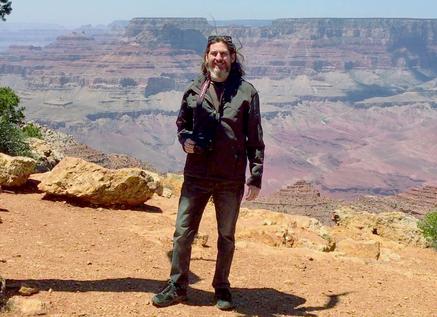 My name is Joel Parod, and I'm an artist working in the animation industry as a Visual Development Artist, Concept Designer, Character Illustrator, and Background Painter on features, shorts, and commercials since 1996.

I grew up in northern California and began working as a freelance illustrator for Interact Magazine, a Silicon Valley trade magazine, while still attending San Jose State University, and continued to do so after graduation. To have a more steady income, I accepted a position in the animation department at an educational software company called the Learning Company, while still painting illustrations for book covers and various magazine editorials.

My life changed in 1996 when I was accepted into an internship/training program at Warner Brothers Feature Animation. I was in a group of 12 interns from around the world and we were trained in the production of animated movies like we were in an animation school. Told I was better with a brush than with a pencil, I was trained in traditional background painting with acrylic paint on illustration board, resulting in my credited background paintings on the Quest for Camelot and The Iron Giant, as well as early concept and visual development art for Osmosis Jones and more. It was an incredible time in my life.

After that, I worked at a variety of studios including Stan Lee Media, CornerStone Animation, ACME Filmworks, Warner Brothers TV and WildBrain. From 2002 to 2007 I joined my amazing animator/director wife, Claire Armstrong Parod, in the wild world of animated commercials working in just about all aspects of production as an art director, co-director, animator, editor, painter, or all of them combined for clients such as United Airlines, Microsoft, Charmin, CVS and more. Our commercials won several awards including a Southwest Regional Emmy for Longford Homes.

From 2007-2014, I was a visual development artist on all of the Tinker Bell movies at DisneyToon Studios where I specialized in painting illustrations from the 2D character designs by Ritsuko Notani, and from the gray 3D renders from the modelers to flesh out the characters' colors and textures, and to help describe the vision of what the characters should look like on the screen. The illustrations help to inform the 3D modelers and texture artists in the creation of the final version of the characters. I also painted environments, color scripts, props, VFX concepts, story moments, posters and publicity art for the films.

From there I went on to Original Force 3D Animation where I designed and painted sets, environments, props, and painted character illustrations from gray 3D models and 2D drawings on Duck Duck Goose, Ten Lives (canceled) and OldZilla (canceled).

Since 2018 I have worked at Warner Animation Group as a visual development artist. I worked on SCOOB! where I painted color keys for 10 sequences, painted sets and environments, characters, and a few props, some of which I designed. On Space Jam: A New Legacy I painted Looney concept art, color and lighting keys for 7 sequences with one production background, a few characters and props, and concepts for the effects of turning LeBron into a toon. Fun stuff.

I also painted 2 portraits for the CW series, The Legends of Tomorrow, for the episode, The Satanist's Apprentice. One of them I painted expressions for because it animates.

Currently, I'm still at WAG working in development on a new animated feature.

Every drawing and painting is a learning experience on an artistic journey that never ends.

My other creative outlet: